WILLS ESTATES AND WILL DISPUTES

John recommends that everyone should have a Will because a properly drafted Will can avoid problems created by not having a Will or having a Will that fails to take into account people’s personal circumstances. When someone dies without having such a Will in place there can be serious and costly consequences for the loved ones left behind. John has seen far too many examples where people haven’t looked after this important aspect of their affairs.

The Property (Relationships) Act 1976 regarding interests in Relationship Property may also affect a person’s Estate and therefore any Will. John recommends that legal advice should always be taken when making a new Will or revising an existing one to avoid errors and provide peace of mind.

John provides an expert service in the drafting of Wills and any change that may be needed in the future (a variation to an existing Will is called a “Codicil”).

Enduring Powers of Attorney or “EPAs” are often established at the same time as a Will is made or changed. There are EPAs for Property and Personal Care and Welfare. It is logical and appropriate that consideration should be given to putting such EPAs in place at the same time as the Will.

EPAs usually provide for the appointment of a family member to act as the Attorney (effectively meaning standing in the legal shoes) to make decisions affecting the assets and affairs of the giver of the Power (the “Donor”). The Power can be given to act immediately and for all purposes or only if the Donor becomes mentally incapable of making decisions.

Publicity over a number of instances where such Powers were abused led to law changes in 2008 and there are now important protections around the establishment of an EPA including the necessity of getting independent advice to guard against such abuses.

John guides clients through the issues and makes the process easy to understand.

If a person dies without having left a valid Will then family members usually get legal assistance to get authority to wind up the financial affairs of the deceased. The Administration Act 1969 provides a hierarchy of distribution of the assets of the deceased person. Often a lawyer does the work including applying to the Court for authority which is given as “Letters of Administration”.

If a valid Will is in existence then the estate may be able to be handled without securing formal Court appointment but often “Probate” needs to be applied for to allow the deceased person’s representatives and lawyers to administer the winding up of the Estate.

In New Zealand there are no fixed rules about inheritance. However there are three principal Statutes in force in New Zealand that may impact on the intentions – whether stated or not – of the person who has died.

A person making a Will has a legal obligation to make “adequate provision” for various members of the Will maker’s family. Potentially quite a wide group of the family and extended family can be included in this obligation, depending on their circumstances and other matters that are contained in the Family Protection Act 1955 and how it has been interpreted in the Courts.

If the Will maker (“Testator” or “Testatrix”) dies having failed to make such adequate provision in particular for their spouse or de facto partner or children, a claim may be made under the Family Protection Act 1955.

As stated earlier, if a person dies without having a valid Will then the Administration Act 1969 provides a hierarchy of distribution of the assets of the deceased person. However the Family Protection Act 1955 may still apply if family members claim they are disadvantaged under this regime.

If the Will maker has made a promise in return for services to someone in their lifetime and failed to recognise the promise in their Will, then on the death of the Will maker, a claim may be made under the Law Reform (Testamentary Promises) Act 1949.

Spouses may also claim under the Property (Relationships) Act 1976.

John has acted for a variety of parties including: estates, children and de facto spouses making claims for more than 20 years.

Contact John on (09) 477 0333 or email him to find out more about how his services in relation to Wills, Enduring Powers of Attorney, Estates or Will Disputes can help you. 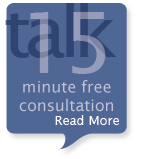